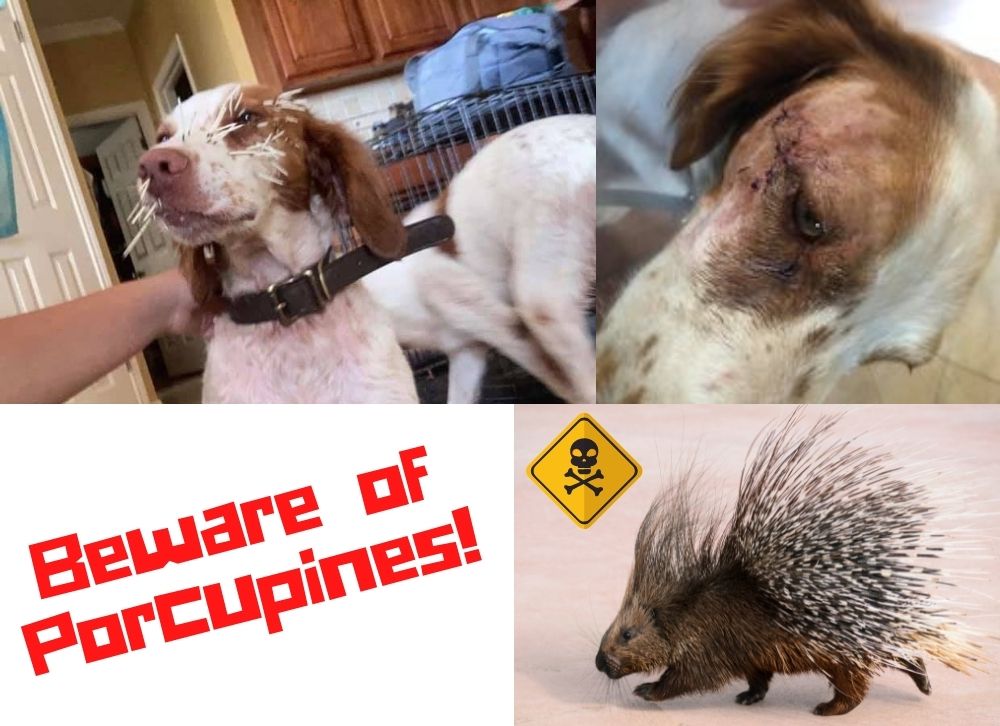 Keep an eye out for porcupines! According to the Texas Parks and Wildlife Department, these prickly creatures are expanding to new areas. These animals are native to Texas and are the second-largest species of rodent in North America behind the beaver, TWPD urban biologist Jessica Alderson told KSAT. Breeding season typically occurs in late summer and early fall with baby porcupines coming about 7 months later in April and May. The quilled animals are expert tree climbers and are nocturnal. They live in a variety of habitats but prefer forested or rocky areas, with ridges and slopes.

Brittanys may be inquisitive about this odd creature or their prey drive kicks in and they can’t keep from attacking. Porcupines have developed a highly sophisticated defense mechanism – their backs are covered with thin, needle-like quills that release on contact. The quills easily penetrate soft tissues, causing your Brittany to retreat. The porcupine, now safe, may go about its business, re-growing its lost quills for the next time someone gets too close. The quills are certainly effective in protecting the porcupine, but unfortunately, may seriously harm or even kill your Brittany.

Porcupine attacks can vary from a few quills to several hundreds. The quills are typically lodged in the face, neck, chest, and shoulders. There are often quills in the mouth and nose, and occasionally the eyes may be affected. The quills stay lodged in the tissues long after the porcupine encounter, migrating deeper, instead of outwards like a sliver would. This causes tissue trauma, pain, and infection.

What to do if your Brittany is attacked by a porcupine? 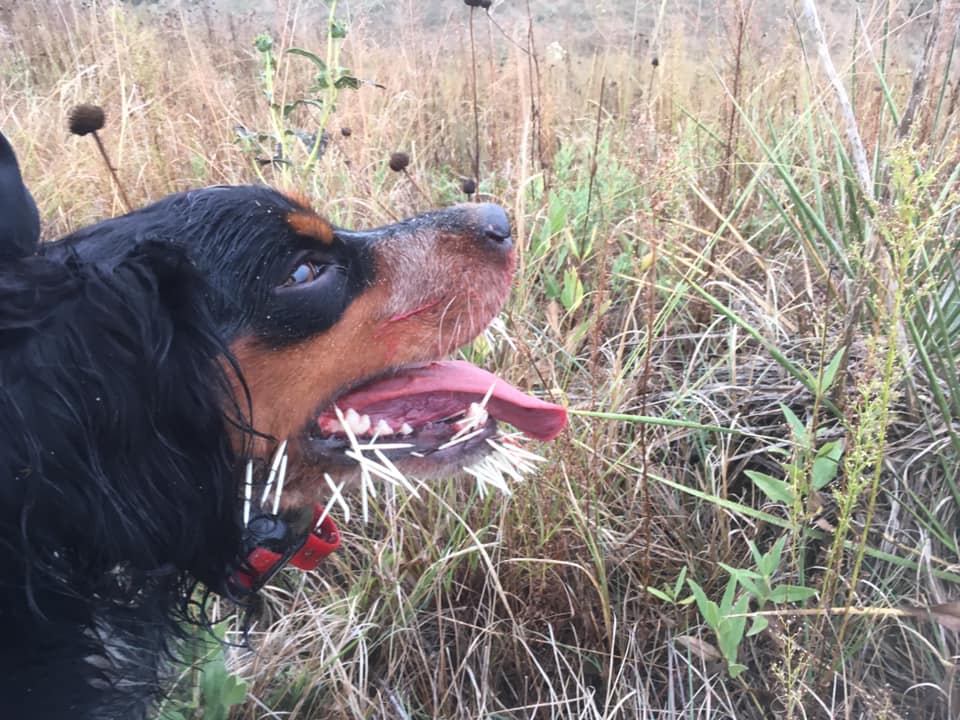 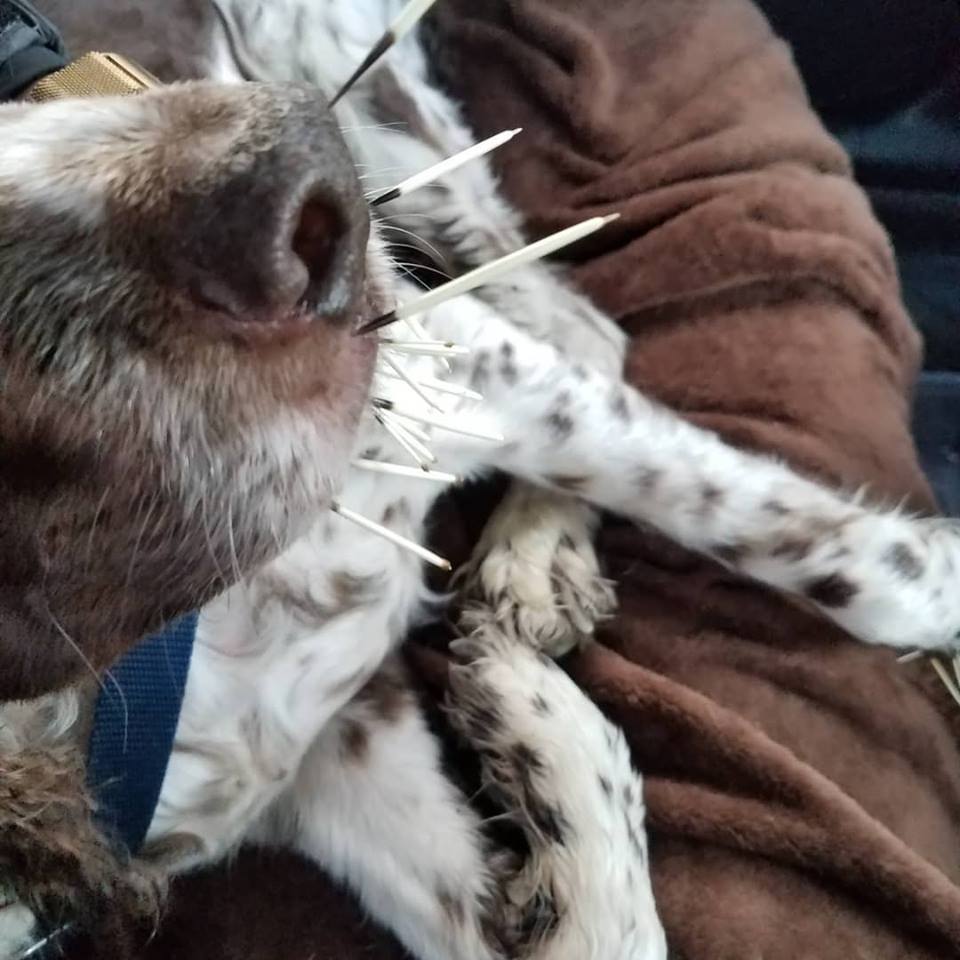 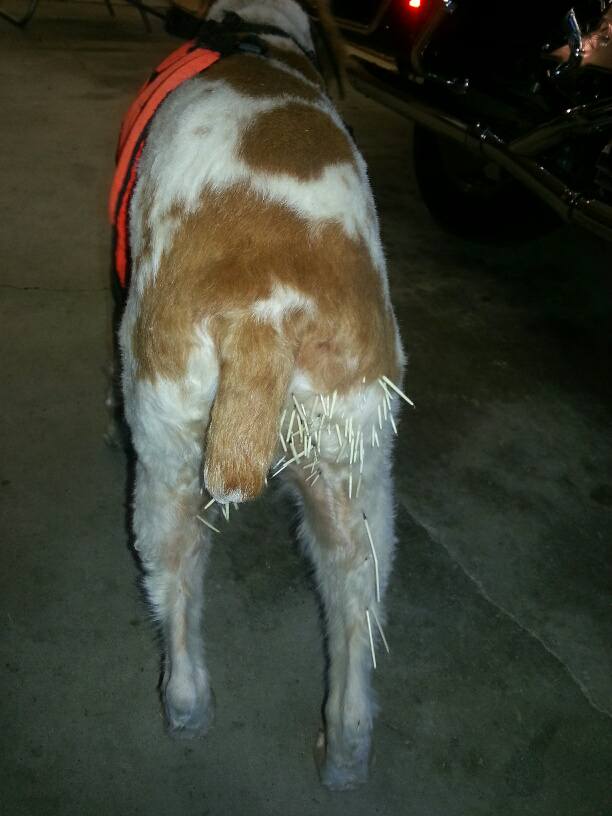 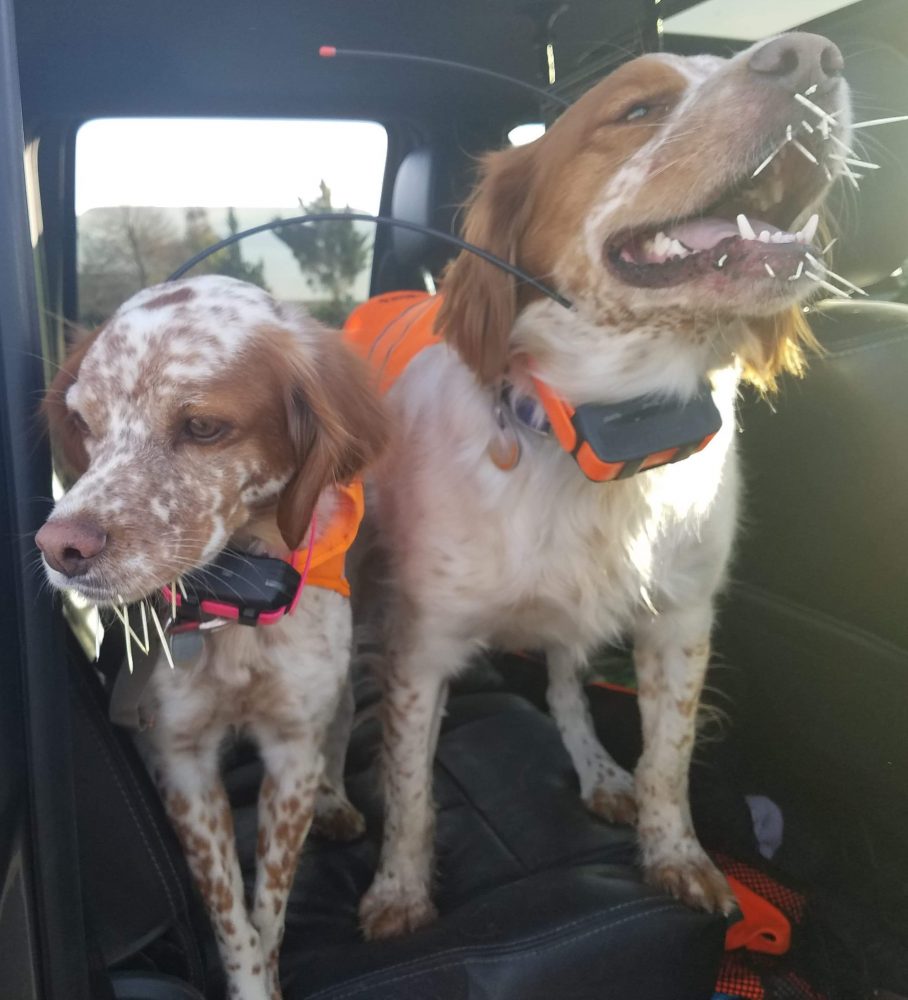 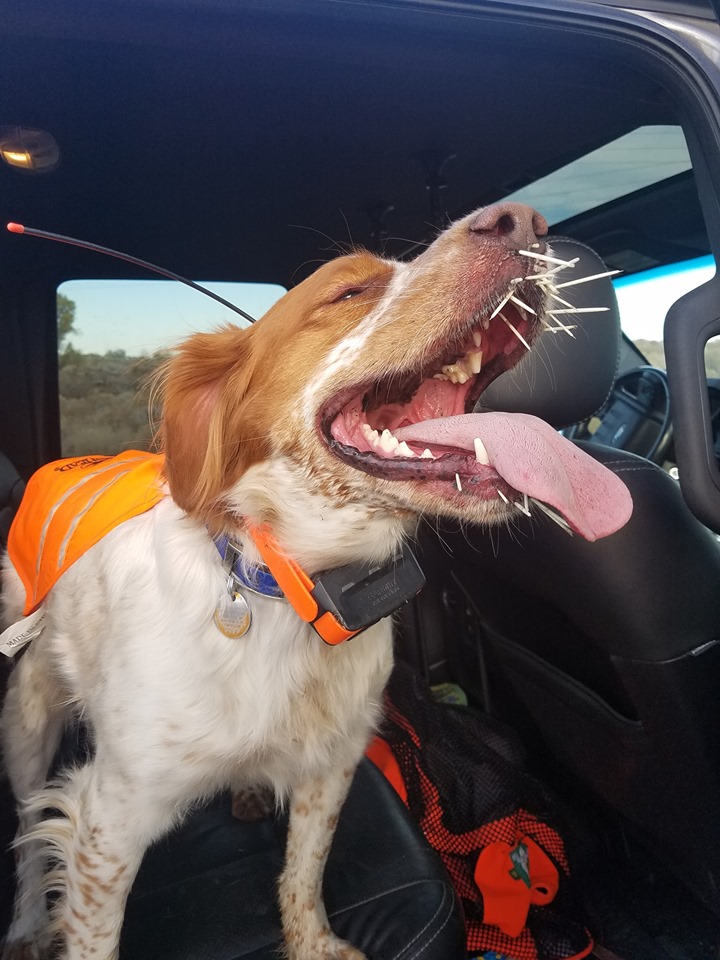