My name is “Boone” (yep just like Daniel Boone), a great defender of the Alamo.

From his Foster Mom:

Boone was rescued in San Antonio (hence his name) with very little history to talk about. He is a Brittany/Aussie blend (we think). He loves being in our foster home and since the first day he did well with our two dogs (a Brittany and an English Setter), our two boys, ages 10 and 13, and relatively well with our two cats. He seems overly interested in the cats so we recommend that he not be placed in a home with cats UNLESS the owner will be home to monitor. He is very curious about them and not sure what would happen if he was left unattended with them.

Boone walks really well on a leash but likes to bark at children on bikes. We’ve had him only 2 days and 2 nights now and so far so good. He sleeps through the night, is house broken, hesitant to get into kennel but once in will bark a few times and then settles down. He has typical Brittany/Aussie traits in that he is a feisty young pup. He will need lots of exercise to keep him occupied. Pattie, thanks for allowing us to foster him and hopefully soon we can find him a fur ever home. :-)

Boone is up to date on his shots, heartworm negative and on preventative, he has been neutered and is microchipped and ready for his forever home. 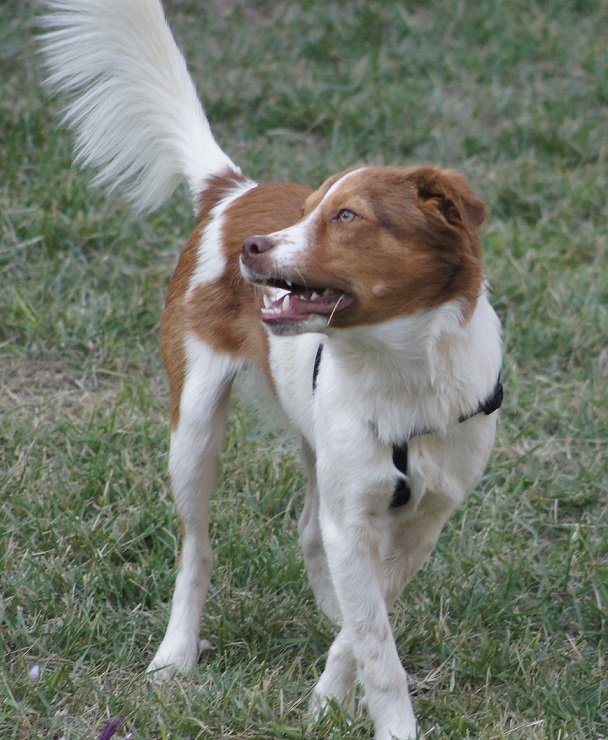 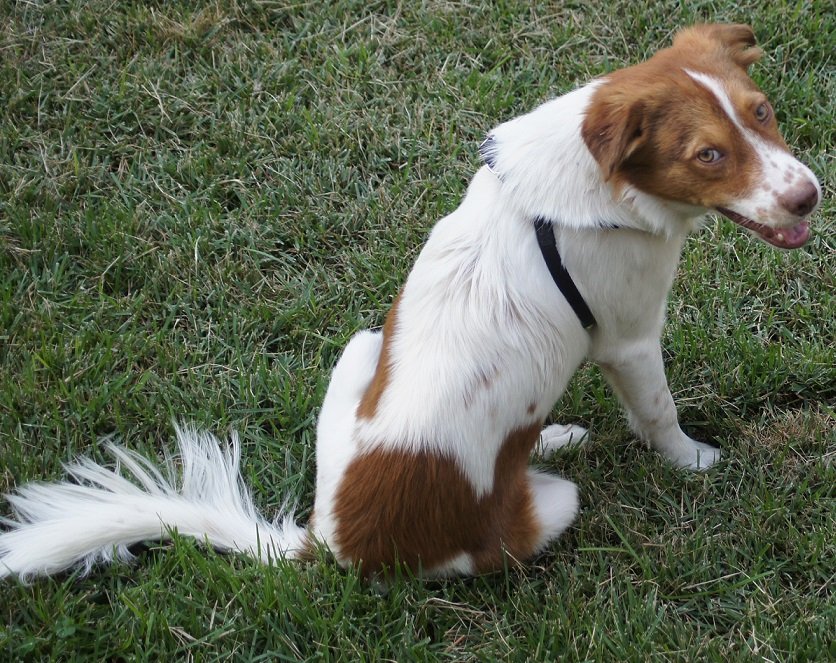